How PublicSonar Transformed into a Scale-up at the HSD Campus

Information provider and HSD Partner PublicSonar moved from the HSD Campus to a new location in The Hague, beginning of March. Below you can read more about how we outgrew our office on the Campus.
Share on twitter
Share on facebook
Share on linkedin 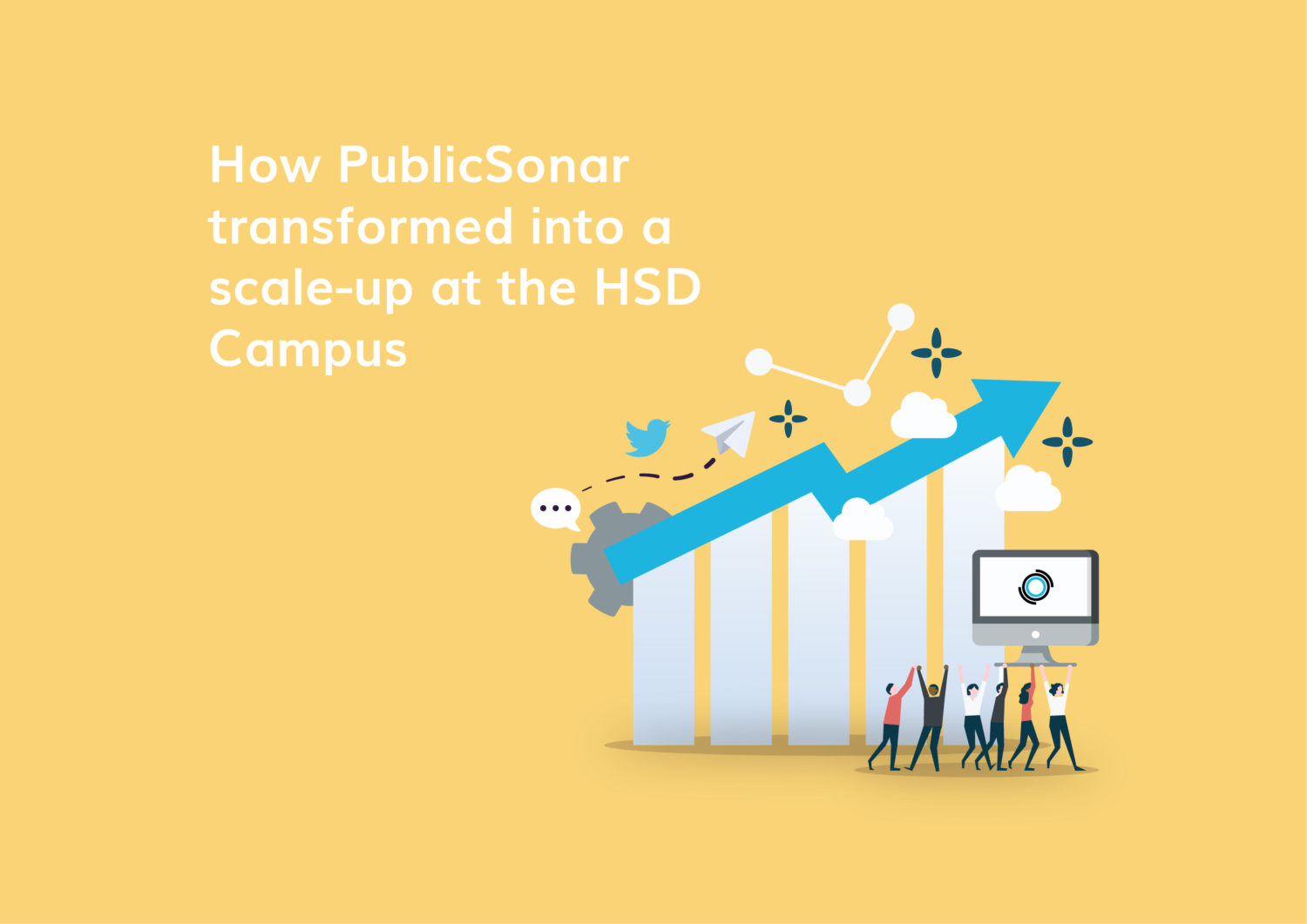 Information provider, HSD Partner and scale-up PublicSonar moved from the HSD Campus to a new location in The Hague, beginning of March.

PublicSonar, a scale-up, monitors social messaging via social media in real time through its platform and provides useful information for crisis management, outgrew its office on the Campus. Surrounded by moving boxes begin March (before the Covid-19 pandemic) on the Zuid-Hollandlaan in The Hague, Sjors van den Dries (CEO) and Linda Kroesbergen (CMO) of PublicSonar tell their story from startup to growth and how they made use of the Dutch security cluster.

“The reason for setting up our company was a major incident during the Pukkelpop festival in Belgium in 2011,” says Van den Dries. “A number of people died during the festival and many were injured by an unexpectedly violent storm and gusts. This event prompted the later founder of PublicSonar to investigate whether better security choices could have been made by monitoring social media posts. The proof was available, but not easy to find due to the large volumes of messages. There was also no product yet that could monitor complex searches for relevant messages in real time.”

“This eventually led to the start of our company in 2011. Later, we wanted to see how we could market this product and in 2013 PublicSonar was created in an attic room at the Wallen (Red Light District) in Amsterdam. We soon moved to the HSD Campus. With five full-time people and a few students at the time, 50m2 was enough space for us. Now, after five years we are with more than seventeen people, six new vacancies have recently been filled and we have many customers in the Netherlands and beyond. This meant that we really had to look for a bigger office.” They found the office that they were looking for at Spaces on the Zuid-Hollandlaan, where they moved into March 2020.

The Hague breathes security and HSD is the most logical place

“The clients we work with are mostly active in the public sector. Think of organisations that deal with public safety, critical infrastructures, health care or emergency response. These are not parties that you want to invite to the Red-Light District. Therefore, we looked at a representative place in the field of Security and Innovation. At the same time, we wanted to be close to the fire. The Hague with the Campus of The Hague Security Delta (HSD) turned out to be the most logical place for us. HSD is surely the Hub where security and innovation come together. Exactly the two pillars on which our company leans. This perfect match has brought us a lot. We were close to the ministries and decision-makers and parties such as Europol, the Peace Palace and the entire International Zone. The Hague breathes security.

In addition to the location, the appearance of the HSD Campus was important to us. You can receive people well and it is next to the station. You impress both Dutch and foreign customers and thus appear as a serious partner. We also enjoyed working with other campus residents. For example, we ran projects with an NGO, in which our technology was used to get people out of specific risk areas safely and quickly. You knock on the door and start working together within an hour. That is very special. With the contacts we have made there, we now also contribute to “Tech Against Corona“. An initiative that addresses the urgent demand of governments, aid workers, health care providers and hospitals that connects them with a free supply of knowledge, skills and technologies from companies.” 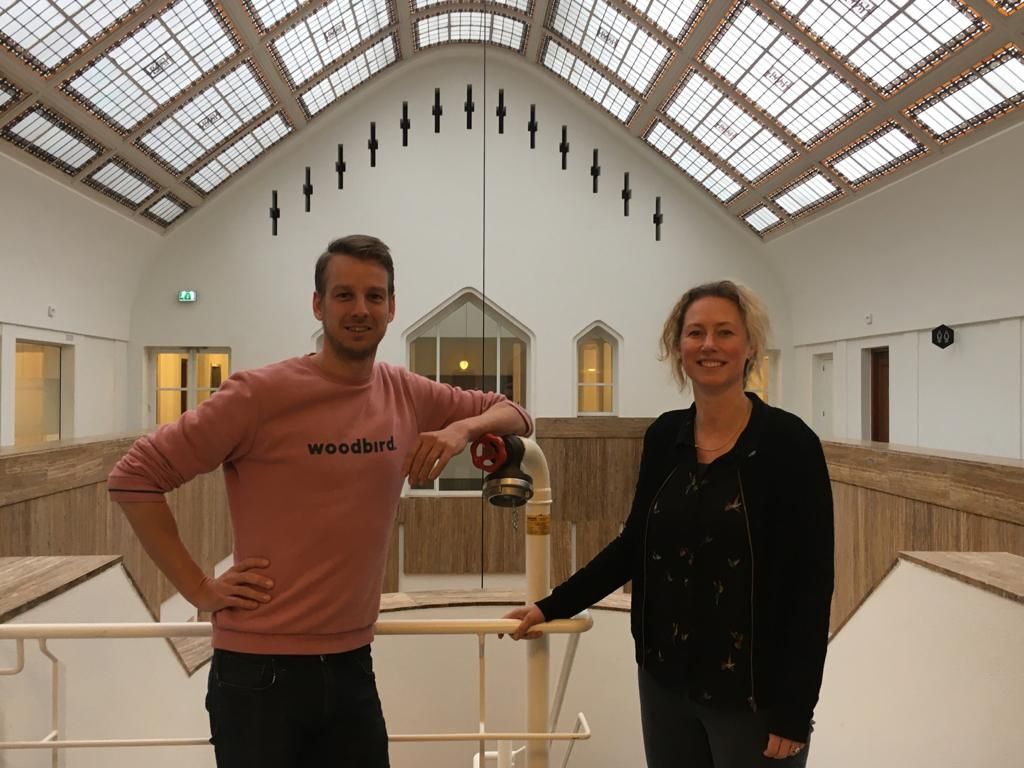 With their new office in Spaces (The Hague), scale-up PublicSonar has more than 100m2 to grow. “We also like flexible working,” says Sjors. “All our colleagues work at the office for three days and two days on another location that they prefer. The people who work here come from Breda, Utrecht, The Hague, Delft and Amsterdam. The Spaces concept also lets you use their other offices in the Netherlands. This also offers many possibilities in the current Corona crisis.”

“Doing business just means taking action. Looking back, we never thought we would be here seven years ago because no one had that experience. Falling and getting up was important during this journey. We call it growing pain. Sometimes growth hurts and that’s OK. It is important to stay down to earth and keep your goal in mind. “Never waste a crisis!” This also applies to the current Corona pandemic that we are all dealing with. There are always things that come up against you. The trick is to let that work to your advantage. We have been through plenty of times of crisis from which we ultimately came out stronger. Moments from which we learned, made new contacts and started doing things smarter.”

“In regard to our future plans, we have our footprint and customers in the Netherlands, which is currently our main playing field,” says Sjors. “This is because the Dutch government and municipalities are anticipating how they can use open data to make better choices. In addition, it is our ambition to grow internationally with our scalable technology to Europe and Western Europe, England, Scandinavia and America, so that we can also add value outside the Netherlands.”

It is not just about delivering data, but about delivering intelligence. Providing more and more clarification, summarizing, linking things that technically do not belong together. Think of NLP (National Language Processing) and AI. What should one pay attention to and what is relevant? What is different and what is fake news? The subjects in which we invest and grow our team. The intelligence side is booming worldwide, and we are participating in that.

Are you curious about what our scale-up PublicSonar has to offer? Feel free to reach out or e-mail us at info@publicsonar.com.

The article was originally published on 03 June 2020 by the HSD Foundation.