In the Dutch newspaper Algemeen Dagblad, Till Behne portrays how technology companies were founded and what was needed to make them a success. PublicSonar was featured with a full-page interview with our CEO Sjors van den Dries.
Share on twitter
Share on facebook
Share on linkedin 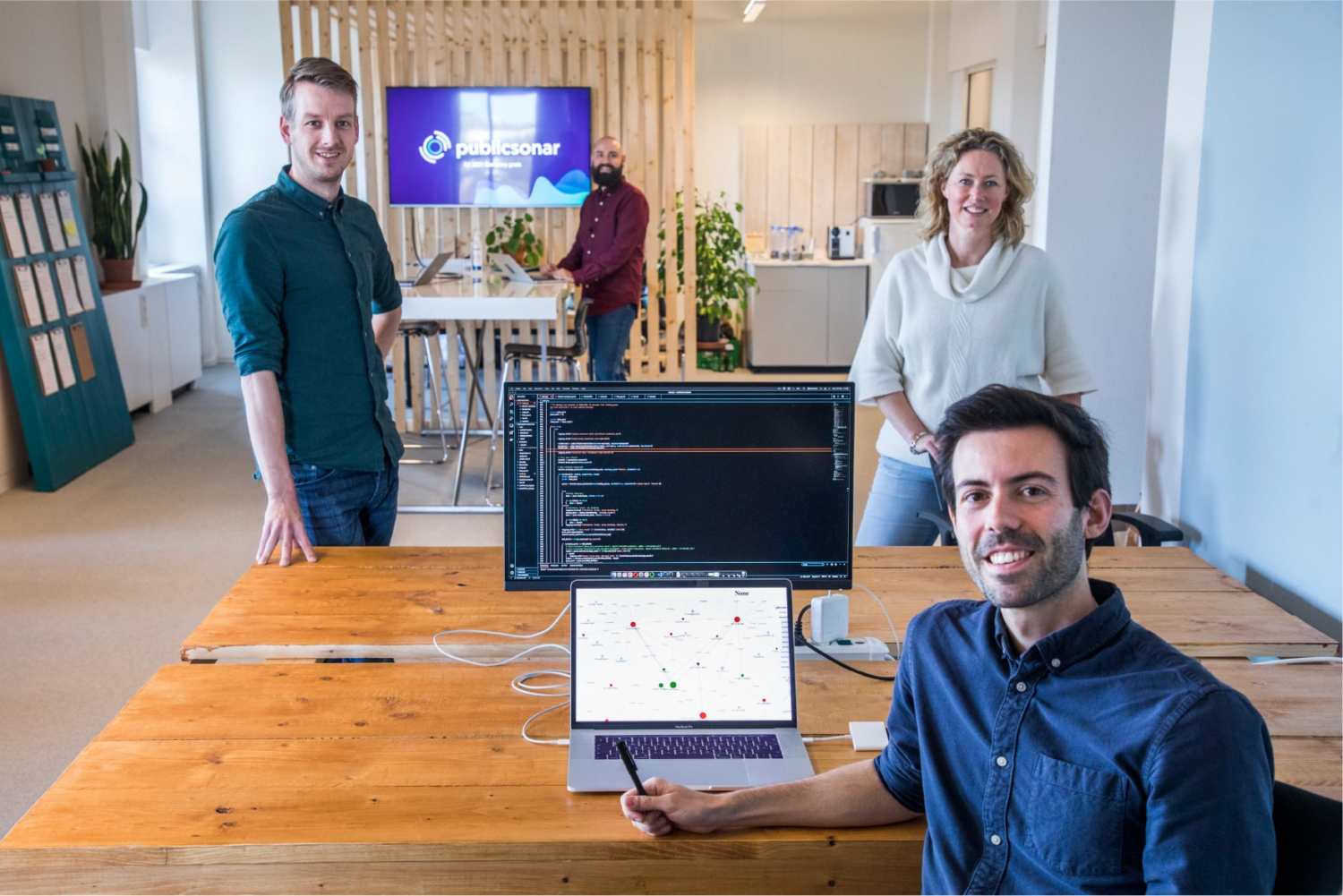 In the article in Algemeen Dagblad our CEO Sjors van den Dries explains how PublicSonar came to be and how we, as a company, want to contribute to a safer world. You can find an English excerpt, as well as the full article (in Dutch)

The idea of PublicSonar arose from the disaster that occurred on August 18 in 2011, during the first day of the Pukkelpop festival in Kiewit, Belgium. Due to a severe storm, things went completely wrong there, ultimately resulting in five deaths. On the internet, messages about strong winds were circulating quickly. Sjors says: “With the right resources, those messages could have been picked up, and perhaps actions could have been taken earlier.” Thanks to smart algorithms, PublicSonar is able to offer a software solution that scans open sources and social media data to prevent and manage these kinds of situations. Organisations that already benefit from our AI platform are Dutch Local Resilience Fora, municipalities, emergency responders, and other crisis managers.

Making the world a safer place

The interview also sheds light on the positive social impact PublicSonar wants to have. “We want to make the world better and above all safer. Since we are working with publicly available data, it is important to handle data in a compliant and responsible manner. We, therefore, work with what we call ‘privacy by design’. It means we always check our clients and do not provide our software for every use case. In the end, with our AI platform we just want to contribute to a safer world by having a positive impact on society.”

Goal: international growth and staying ahead of the curve

“What PublicSonar will look like in five or ten years”, Sjors says, “is difficult to predict”. Technological developments are going very fast. “Our team has been working hard to get the basics right and is now ready to scale up. PublicSonar can handle large amounts of data and users. We are now mainly analysing text but it is very likely that soon we will also be able to filter and process photos and videos. The overall goal is international growth and remaining at the forefront of technology.”

Are you interested in the full interview with Sjors van den Dries? Read the article (in Dutch) below. 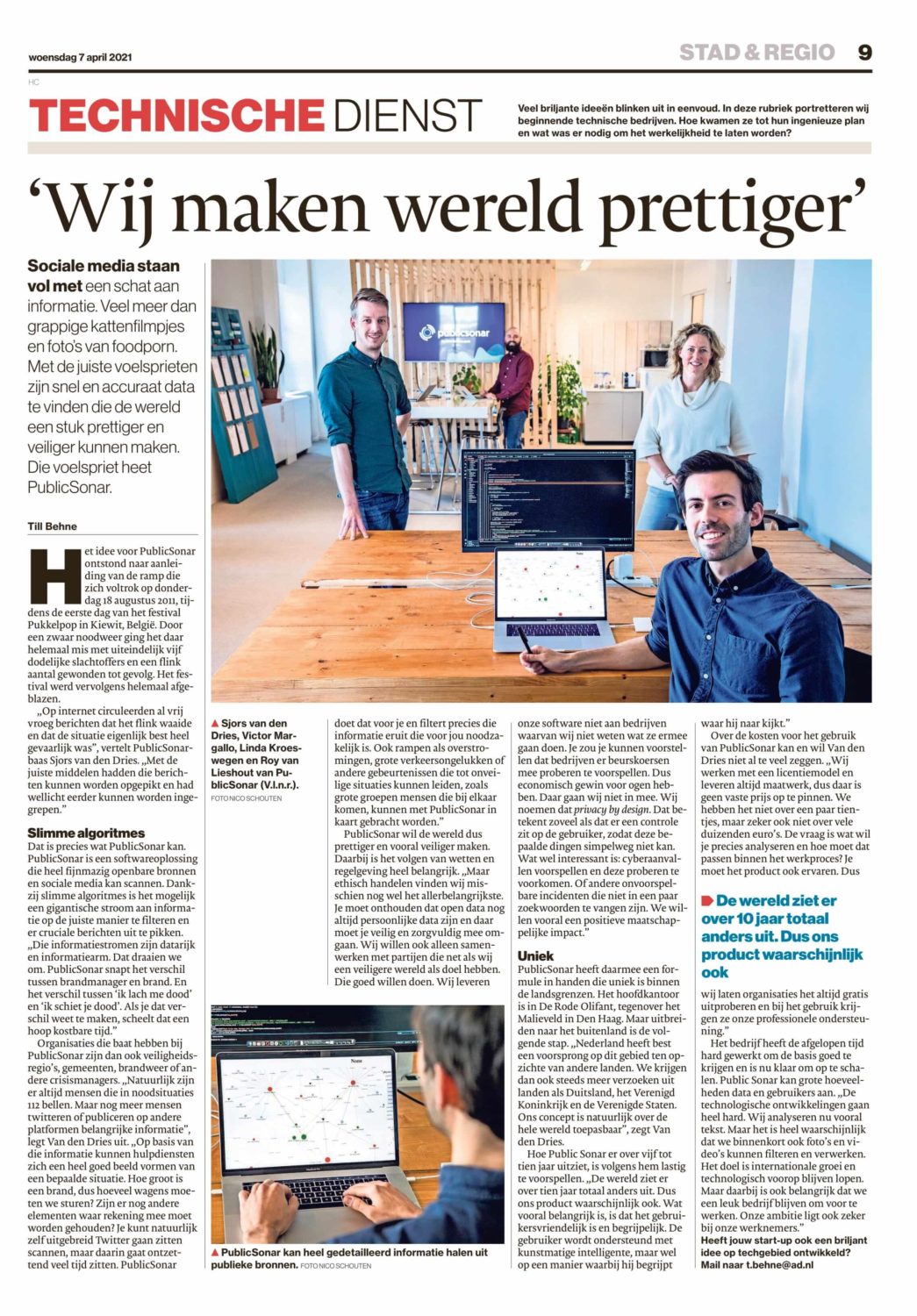 Data Science and AI in PublicSonar – by Victor Margallo