Intelligence-led policing is proving invaluable for police authorities in preventing and mitigating (potential) risks and threats. Incorporating open data is of great importance, but not without challenges. Read more in this article. 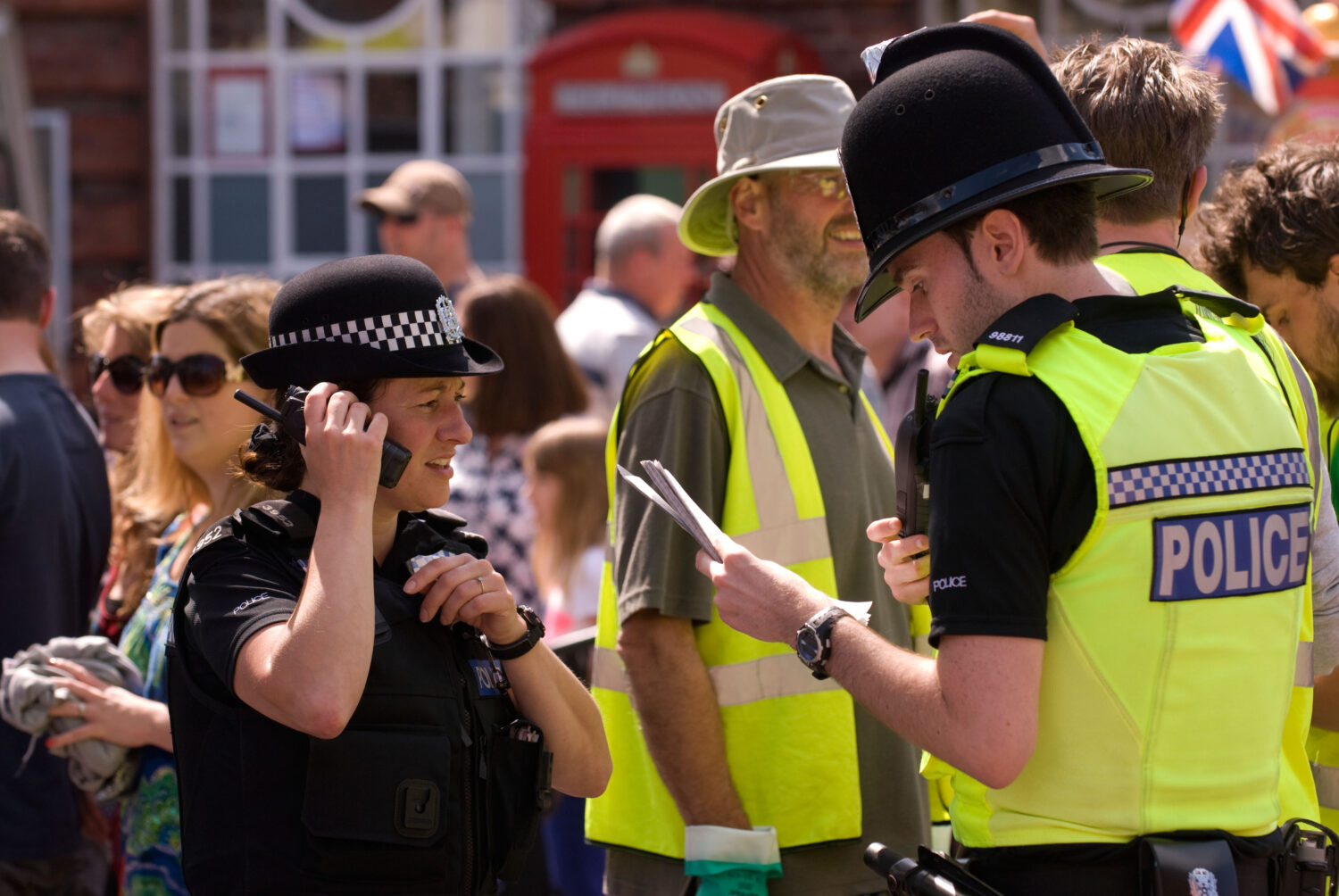 As a police officer, you want to be fully informed when entering a scene. Not only emergency calls and CCTV cameras are essential sources for your information management, but publicly available information (e.g. social media, news websites and forums) also brings a significant value to your decision-making process. But how do you gather this information efficiently? And how do you turn this information into actionable insights? Real-time intelligence and intelligence-led policing allow open data to be harnessed. In this article we therefore discuss the meaning, role and challenges of intelligence-led policing.

The focus of modern policing is on prevention, real time alert and situational awareness. And involves an active engagement with the citizens and communities. At the same time, intelligence has gained a prominent role.

In this article, we will concentrate on the role of intelligence-led policing, and specifically on how intelligent use of open data (e.g. social media), also referred to as “publicly available information”, can contribute to prevention and risk mitigation.

The term of intelligence-led policing (ILP) gained prominence in the beginning of the 21st century. Police officers became more aware of the need for risk management. That way by gathering intelligence, they would have a constant situational picture. Being able to guide the police operations with additional insights would mitigate, or even prevent, the risk of a potential incident or threat.

According to the US Homeland Security Secretary, Michael Chertoff: “Risk management must guide our decision-making as we examine how we can best organize to prevent, respond, and recover from an attack. Our strategy is, in essence, to manage risk in terms of these three variables – threat, vulnerability, consequence”.

Now we have set the intelligence-led policing definition it is good to realise that this approach also applies to other situations. It improves local resilience at: severe weather events, road or rail accidents, major fires, monitoring the public response to police appeals or investigative triggers, and large sporting or music events.

Why is intelligence-led policing important?

Intelligence-led policing leverages technological advances for data collection and analytics. The goal is to generate valuable insights. These insights are then passed on to direct law enforcement for the purpose of “doing the most good” for people and places.

Collaboration is an essential part of intelligence-led policing. This policing model includes close cooperation with advanced data analysts, community members, as well as other public agencies and organisations. By incorporating innovative data collection methods and sharing intelligence, policing can be proactive rather than reactive. As a result, citizen safety can be ensured.

Before intelligence-led policing, police forces relied on other sources for information. In the early and mid-1990s, public spaces were increasingly monitored by CCTV. The development of multiplex technology allowed multiple cameras to be operated, monitored and recorded simultaneously.

As an officer who was sent to a call, it became the norm that you were kept informed of what was happening on the scene while you were on the road. This was possible because there was camera footage. We all know that information is power when you get to the scene. Because of CCTV, first responders were really well informed. They knew what had happened in the moments before they arrived and they had coverage of everything that was developing around them. 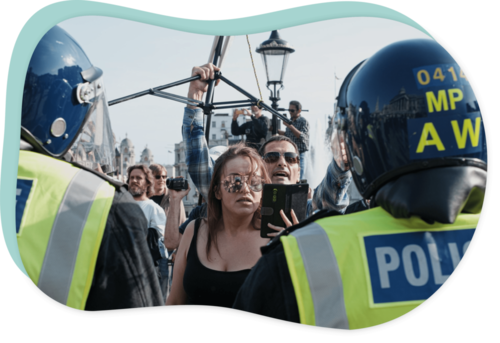 To some extent, the internet and publicly available information has changed everything and it has changed nothing. Now with social media, microblogs, video streaming, etc., everyone has the opportunity to see what is happening immediately. Incidents are streamed live before anyone has thought of calling the emergency services. There is CCTV footage of people reaching for their phones and apparently recording major accidents as they happen. It’s as if we’ve added a third automatic physiological reaction – fight, flight or film.

A recent HMICFRS report, entitled ‘Getting the Balance Right’, recognises the value in social media and publicly available data sources to inform all phases of intelligence gathering, as well as identifying key organisers and influencers. Whereas this report focuses on societal tensions, such as riots, this recommendation could be of value in all policing tasks related to public safety and security. Including concerns about officer safety and security issues arising from images of officers being shared on social media. Intelligence-led policing supports identifying circulation images and thus potential threats to their personal safety.

To make use of the goldmine of publicly available information, several challenges have to be overcome. First of all, as an investigator, almost all messages are not directed at you. For example, if people are walking down the street and see an attack or accident, they will not send you a message or call you directly. They will take pictures and share them online. The challenge here is how to find these valuable and relevant messages.

Thirdly, the available tools for intelligence-led policing are often very complex to use. In case of incidents or emergencies, you want to set up a query in minutes, not hours. Because of the complexity, you often have no control of your information needs and therefore no control over the results you have to work with.

Want to know how to tackle these challenges?

Join one of our free webinars on real-time intelligence and learn how to make smart use of open data to support your intelligence-led policing.

Yes, I want to join

Challenges can be overcome with the use of artificial intelligence (AI) in your intelligence-led policing. Several types of AI can be applied in the information management process. The information management process that feeds data driven policing can be divided into three steps: data collection & sources, data processing, access by the operational responder. Each step has its opportunities to improve with technologies. As shown in the visual below. Technologies commonly used if you are dealing with text data are Natural Language Processing. And, more recently the field of Named Entity Recognition is gaining ground. Both technologies facilitate the processing of data with algorithms.

Do you want to know more about AI and how we make use of it in PublicSonar? Read our blog about Data Science and AI in PublicSonar.

The information management process that feeds Intelligence-led policing model can be divided into three steps.

This policing model relies on advanced technologies for gathering data. It is crucial to note that there are numerous online sources of data, including social media, blogs, forums, online news outlets and many more. There are tens of thousands of messages posted every second. Therefore, it is important to have an advanced technology that not only incorporates various sources, but also permits quick filtering through the high volumes of information.

To avoid facing the DRIP challenge, intelligence-led policing follows a unique approach. The advanced data-gathering techniques are combined with computer analysis and then further evaluated by experienced analysts. As a result, the data is turned into intelligent insights. These insights are then passed on to the local police representative who has the field knowledge. As a result, this highly collaborative hands-on policing method allows for achieving accurate situational awareness. This way, you have real-time information at your fingertips that allows you to make informed decisions.

A real-life example of cases that benefit from intelligent-led policing and the smart use of open data is the G7 gathering in Cornwell. Multiple perspectives need to be kept in mind and thus need to be monitored. With (inter)national exposure, but also very local needs. Ranging from safe travel of international VIP’s, blocked roads in the city, public sentiments, and potentially unsafe situations in crowded places. Finally, ensuring the safety of police officers who are filmed by angry bystanders during the event. In short, this case study shows how important it is to monitor multiple angles. With intelligence-led policing it is possible to do this smartly and efficiently.

Would you like to see other real-life examples that have benefited from intelligent-led policing? Then take a look at our other case studies.

Now you know what intelligence-led policing is and what is needed to successfully achieve the three steps of the information management chain, it is essential to choose the right tooling. As previously discussed, intelligence-led policing relies on advanced technologies for data gathering and automated information processing. For gaining actionable insights. However, many of these technologies are complex to use and require advanced development capabilities. So, when picking your tooling, we advise you to look out for four main characteristics: easy-to-use interface, a variety of sources, smart algorithms and possibility for cooperation (with colleagues or other stakeholders).

Are you interested in tooling that supports intelligence-led policing? Please contact us by sending us an email to info@publicsonar.com, following us on LinkedIn or join one of our free webinars.

ECC’s: how to save time, get better insights and make better decisions